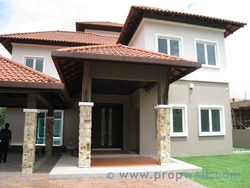 Mines Resort City (also known as The Mines) is an integrated resort city located in Seri Kembangan, Selangor. It is situated nearby Taman Sungai Besi Indah, Taman Muhibbah, Taman Desa Serdang and Bukit Gita Bayu. The land was transacted to Country Heights Holdings Berhad (CHHB) in 1988 for RM50 million, which is about RM1 psf. From the world largest open cast tin mine named Hong Fatt Mines, it has been transformed into a unique city that comprises the so-called Seven Wonders of Malaysia - Palace of the Golden Horses, The Mines Resort & Golf Club, The Mines Beach Resort & Spa, The Mines Shopping Fair, Malaysia International Exhibition & Convention Centre (MIECC), The Mines Wonderland, Mines Shopping Centre and The Mines Waterfront Business Park. The entire development was started in 1990. For accessibility, Mines Resort City is reachable via Sungai Besi Expressway, Silk Highway and North-South Highway. Besides that, it is also within mere minutes of walking distance from Serdang KTM Komuter station.

From just a tin mine to gold mine, Mines Resort City is indeed a successful development even though it is a very unique. Up to this date, there is no similar development to it which combines all types of developments in one – 5-star hotel, convention centre, business centre, golf course and theme park. Mines Resort City residential estates are called the North Lake and BluWater Estate (formerly known as South Lake). The North Lake consists of 200 bungalow plots, which are designed around the golf course. The plots were launched at RM10 psf. Besides bungalows, there is a serviced apartment here, named East Lake Residence.Meanwhile, the South Lake was launched in 2003 at RM 90 psf. Previously under Mines Resort Bhd, it is now owned and developed by ClearWater Development, which is owned by Dian Lee Cheng Ling (Mines Resort Bhd chairman's daughter) together with her partners. The enclave comprises of lake-front bungalows, and also a serviced apartment, called The Heritage which comprises 5 blocks and houses a total of 900 units.The bungalows in Mines Resort City are famous for being the home of prominent individuals in Malaysia, including the former Prime Minister, Tun Dr Mahathir Mohamed, who is still residing here up to this date. 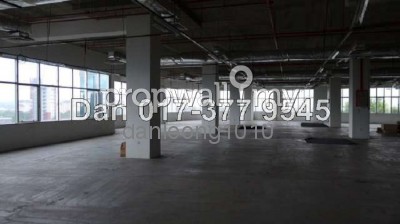