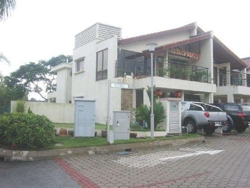 Equine Park is the first development of Equine Capital Berhad (ECB) among its 4 projects in the area of Seri Kembangan. It is a housing estate that is fully developed on a 450-acre of leasehold land, with the exception of some bungalows and semi-detached homes at one end. Equine Park is an exclusive enclave that is surrounded by lush greenery and beautiful landscape. Hence, it brings you a fresh, quiet and comfortable living environment as well as peace of mind by the 24-hour security system. Equine Park offers 2 & 2.5-storey linked-houses and bungalows units with different layouts to suit different needs. A linked-house has a standard built-up of 34x51 and land area of 22x70. Meanwhile, a bungalow has a spacious built-up of 4,075 sf and land area of 38x94. Both types of houses are sold at reasonable price which are about RM310,000 and RM890,000 respectively. Equine Park is situated at a great location as amenities can be accessible easily. Just within a short distance, there are police station, 24-hour clinic, General Serdang Hospital, bank, post office, kindergarten, petrol station, super market (Pasar Borong Selangor), Alice Smith International School, University of Putra Malaysia (UPM), and Equine Jusco. Besides, it is neighboring with other residential developments such as Serdang Heights, Bukit Ikhlas, Alam Sanctuary and D'Alpina. Apart from that, Equine Park can be accessible conveniently through major highways and roads, namely Lebuhraya Damansara-Puchong (LDP), Maju Expressway, the North-South Expressway, ELITE Highway, Silk Highway, and KL-Putrajaya Highway. With these well-linked highways, Equine Park is proximity closed to other vibrant townships, namely Puchong, Bukit Jalil, Putrajaya, Cyberjaya, and Shah Alam. Other than that, there is a KTM station (Station Serdang) and bus stations just 5 minutes away from Equine Park for the convenience of students living there.

The developer of Equine Park, Equine Capital Berhad, is one of the property developers listed in Bursa Malaysia since 28 October 2003. The developer has successfully transformed Seri Kembangan from a sleepy hollow town into a middle-class neighborhood by its three flagship projects, which are Equine Park, Taman Putra Permai and Bandar Putra Permai. Hence, its traffic is getting heavier during the peak office hours even though the main road has been widened into dual three-lane carriageway.Due to the growth of residents in the area of Seri kembangan, there is a Permai Central Transport Hub (PCTH) being constructed at Bandar Putra Permai to ease the traffic flow and bring residents a better access to public transport. This project is also developed by ECB and is scheduled to complete in 2010. The PCTH is a large project that comprises a 5-storey commercial block, 4 blocks of shop-offices and a 7-storey office tower. It is a mixed development that combining business, leisure and public transport. Also, the building of this transport hub is found to ease the surrounding academic institutes such as UPM, Multimedia University and Lim Kok Wing University.The 33.37-acre parcel in Equine Park has been sold to Sunway Holdings for building the semi-detached homes and bungalows. ECB has sold the land via wholly –owned Taman Equine Riding Sdn Bhd to Sunway's Analisa Kekal Sdn Bhd for RM37.8 million. ECB believes that the participation of Sunway Holdings will enhance the public's perception and marketability of properties in this area.