Puteri Bayu (also known as Bayu Puteri) is a freehold medium cost apartment nestled on a high elevated land in the established township of Bandar Puteri Puchong. This high-rise apartment is surrounded by terrace houses. Completed in 2008, this is a development of the Flora Development, a subsidiary of IOI Properties.Puteri Bayu comprises two 16-storey blocks with a total of 250 units. There are two types of units available, but with the same layout design with one unit being the mirror image of the other, with built-up sizes of 900 sf. The corner unit comes with extra windows. The unit is built with 3 bedrooms and 2 bathrooms. There are eight units per floor; four intermediate units and four corner units. Each floor is served by two lifts. Each unit has a yard and balcony.Puteri Bayu is a well established condominium which is fully occupied. As such, units for sale are usually partially furnished as reflected by the price. The most common furnishings that buyers and expect are additional safety grills, in-built kitchen cabinets and various other in-built furniture.Puteri Bayu is fully fitted with condominium facilities, of which many of them are located in between the two blocks. The facilities provided includes a swimming pool, children;s playground, kindergarten, gymnasium and multi-purpose hall. Each unit is allocated a parking lot as well, while security is ensured with the 24-hour security team.Puteri Bayu is part of the Bandar Puteri integrated development by IOI. This township was designed to be a self-sustained township with the IntelliCity, a state-of-art business centre nestled at the heart of the township. Besides the business centre, this township is equipped with plenty other amenities such as eateries, shopping malls and banks. Several schools are just mere minutes drive away from Puteri Bayu, namely SK Puchong Batu 14, Sekolah KAFA Integrasi Nabilah / Hidayat, SRJK Han Ming, SMK Puchong and SJKT Puchong. Plus, it is about seven-minute drive to Puteri Mart Puchong and Giant Hypermarket Bandar Puteri. Puteri Bayu is well located via many internal roads, providing residents with easy accessibility to main highways such as the Lebuhraya Damansara - Puchong (LDP), the Bukit Jalil highway and the KL - Seremban Highway. The closest bus stop is on the edges of the development outside the SRJK LDP school.

Even though Puteri Bayu is built with condominium facilities, it should also comprise roofed car park, as the apartment only has open car park within the compound. There is however a parking lot area right in front the condominium, in front the entrance, which is convenient for visitors.As always, parking is an issue of a low to medium-cost apartment. Due to lacking of car park spaces, quite a number of residents with more than a car will need to park their cars outside the condominium, which can be seen at night after working hours. This causes a glitch in traffic, especially during peak hours.For all its faults Puteri Bayu is a nice place to stay as it is sited on a hill top and near to a reserve forest, affording fortunate residents a very nice view and fresh air. Residents from the other units will nevertheless find that they have a good aerial view of the surrounding area due to their location on a hill. 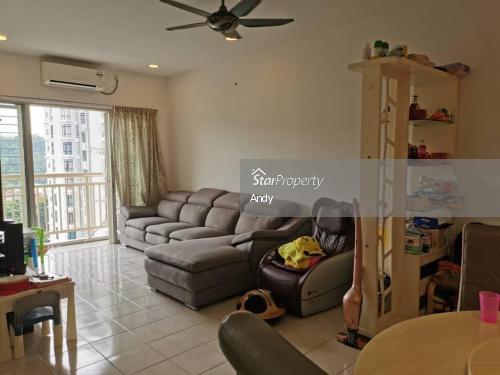 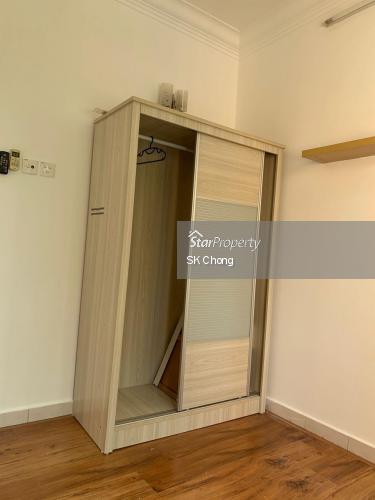 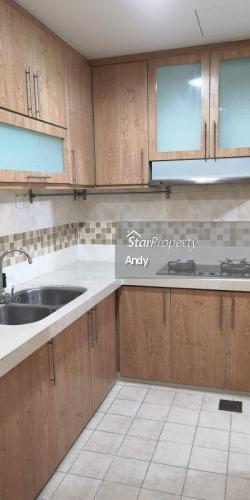