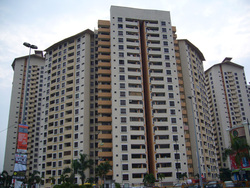 Palm Spring (also known as Palm Spring Condominium) is a high density condominium located in Kota Damansara and developed by Muafakat Kekal. It comprises of 6 condominium blocks with a total of 2,180 condominium units. Each block has U-shape design thus one cannot see the passage far due to the U-shaped corridor. There are 329 parking bays provided (besides the individual each car park per resident) plus 38 parking bays for visitors. Furthermore, just besides Palm Spring, there are rows of shop that comprise of a number of cafes, restaurants and 7-Eleven. Within short driving distance, residents can reach prime shopping malls, namely The Curve, Cineleisure and IKANO Power Centre as well as a hypermarket, Tesco Damansara and the renowned Swedish furniture store, IKEA. All these malls are connected to each other and one can walk through all of them. These malls contain chic and fancy restaurants, branded apparel stores and also leisure centers, such as karaoke center, cinema, skating ring, bowling center as well as Kidzania. The amenities surrounding Palm Spring are great convenience to the residents as the mini market, 24-hour Mamak restaurants and the laundry provide all the basic needs for every day necessities. The facilities on site such as the badminton court, the swimming pools and playgrounds are well maintained and providing an added value to the property. This condominium appreciation has been fast and significant. In 2011, the price for 936 sf unit was RM260K while in 2012, the unit’s price tag reached RM330K. It is expected for further increase with the MRT station expected for completion in 2017.Others in the 1 km vicinity include are Giza, Giant and Aeon Big hypermarket from Palm Spring. Not only that, it is just within minutes away from 1-Utama Shopping Center. In terms of accessibility, Palm Spring is accessible via Jalan Damansara, Lebuhraya Damansara Puchong (LDP), Penchala Link and NKVE. Residents can utilize any of these options to reach the city center. It requires about 30 minutes reaching the city centre or just 10 minutes via Penchala Link.

The Management and joint committee members have strengthen the effort to tighten the security, i.e. bringing in new security guards, implementing new CCTV camera at pedestrian entrance, touch card system with photos on every residents. The traffic congestion were terrible as by the illegal car parking by Pelangi Damansara's residents on the roadside of the main road. However things has signicantly improved since the completion of Pelangi Damansara renovation and the launch of The Club recent year. As there are 2 entry points to the condo, residence have various options to avoid rush hours jams back home.Most of the initial buyers of earlier blocks development have gained much capital appreciation from the investment, as they managed to sell them below developer price, which was the later launched price of the later blocks. Thus, initial Palm Spring's owners have no problem to scrap their investments with profit than later owners. But then the developer had difficulties to sell the later units due to the complaints by the residents as well as the residents opt to sell their units at more attractive price than offered by the developer.When passing Palm Spring, one can see rows of cars parked on the roadside next to Palm Spring, as it is highly in demand from those commuting to PJ, Shah Alam and KL city centre executives. It comprises of 2,180 units but has only 329 extra parking bays (besides their respective 1 car park per unit) to cater these residents. There are residence whom need more than 1 car park per household, they would park their cars outside of the compound if they do not want to pay RM130 per month for extra carpark), hence, willing bear the risk of their cars being vandalized or compounded.Located in a strategic centre, access to PJ / Shah Alam and KL city centre is within 15- 30 minutes. One used to have struggle in massive traffic congestion along Persiaran Surian that connects Kota Damansara and Lebuhraya Damansara Puchong (LDP). The tunnel outside Ikano used to flood as heavy rain occurs due to bad drainage system. However, these issues have been vastly improved since and no flooding had been reported since 2006. It is also timely to note, the MRT route will running along Persiaran Surian to Sunway Damansara with its station less than a km away. 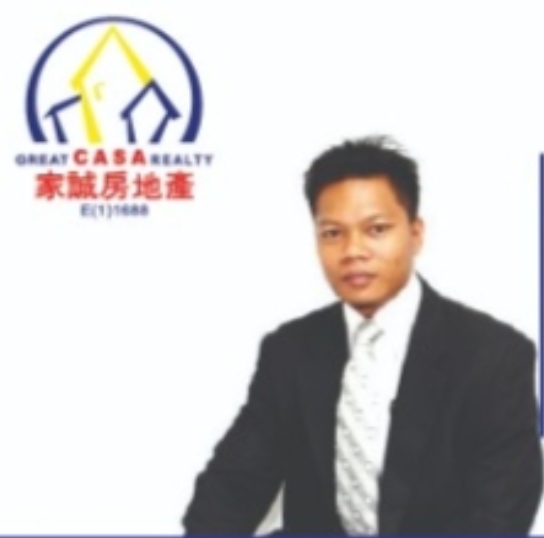 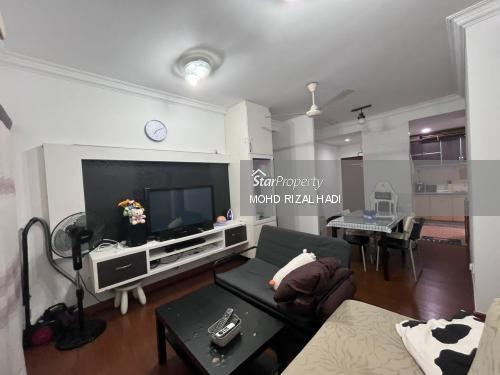 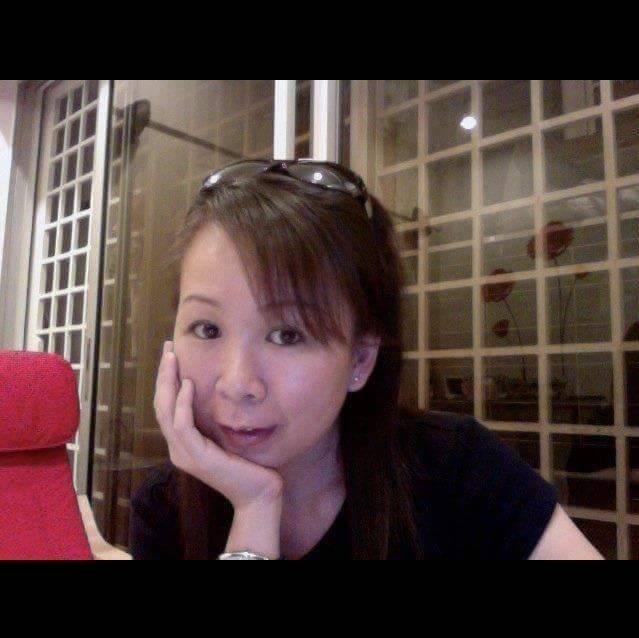 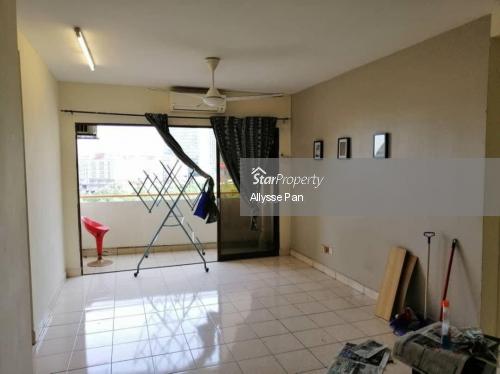