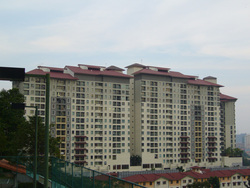 Ritze Perdana 1 is an apartment development located in Damansara Perdana enclave. It comprises 1-room and studio units housing 382, 406 and 634 sf in built-ups. Its tagline "Declare your independence, live the life as you desired" is meant to portray its residents' character, which is young and urban community. Ritze Perdana 1 offers a green landscape for those who enjoy having a leisurely jog in the compound. Other facilities they offer include a swimming pool, playground, park, gymnasium, sauna, reception area, squash court and barbecue area. The place is highly convenient for the professional working adults who are particular about their home condition and the services the management can offer.Ritze Perdana 1 is the older sister of Ritze Perdana 2 by the same developer that is located 5-minute drive away. However, the yuppies might enjoy this apartment more as Damansara Perdana Commercial Center is located right in front of it. One can find wide range of eateries from mamak restaurants to chic cafes that offer western cuisine. Furthermore, the commercial center also offer services such as hair salon, pharmacies, clinics, launderettes, banks and sundry shops.Besides that, it is located within less than 5 minutes from Mutiara Damansara shopping malls enclave that comprises Tesco, IKEA, Cineleisure, The Curve and IKANO. These malls offer branded apparel stores, household necessities, fancy eateries, bowling center, cinema, karaoke centre and others. The enclave is a popular place to be on weekends because of the convenience it offers.In terms of accessibility to Ritze Perdana 1, there are several options available. The fastest route to the city center would definitely be Penchala Link which is accessible within 3 minutes of driving and directs to Mont Kiara and Jalan Duta. Besides that, you can utilize Damansara-Puchong highway (LDP) to reach Kepong, Kelana Jaya, Sunway, Subang and Puchong.

There have been several terrible cases occurring in Ritze Perdana 1 since its completion. In October 2007, there was a fire incident occurred in Block B car park at level LG3. Even though nothing serious happened and it was successfully off by the fire fighter, but the fire bell was not working as the fire occurred. The residents claimed that the alarm system was off. Perhaps this shows the reliability of the maintenance of the apartment. Not only that, in 2008, there were some other cases reported including an explosion in the car park and a car was burnt. Ritze Perdana 1 features open concept bathroom, meaning the interior of bathroom can be seen from the living area. Even though it might be a drawback for conventional type of individuals, but it is one of the in-thing these days among new developments, and surely been accepted well by the yuppies. Some of new developments in Mont Kiara also have these features, such as Mont Kiara Meridin for its master bedroom's bathroom. However for a studio, it can create an awkward situation if the residents have friends and guests over.By the end of 2009, Ritze Perdana 1's successor, Ritze Perdana 2 was completed. It is another studio apartment development by the same developer that comprises of 468 units with built-up ranging from 420 to 850 sf. Ritze Perdana 2 is better located, access-wise, which is just about 5 minutes of walking away from Tesco, as well as other amenities. Among all the condominiums development in Damansara Perdana enclave, Ritze Perdana 2 will be the closest to Mutiara Damansara. Ritze Perdana 2 was launched at around RM350 psf. By its presence, it might affect Ritze Perdana 1 price and demand, due to its fresh factor. In the long run, potential tenants would definitely opting Ritze Perdana 2 as being fall in love with its proximity to the shopping malls enclave of Mutiara Damansara and Metropolitan Square. Before you decide to invest in Ritze Perdana 1, perhaps you should compare it with others within the same league, such as Riana Green, Waldorf Tower and Windsor Tower. One can find that all these studio apartments are leasehold, and each has its own pros and cons. Among others, Ritze Perdana 1 offers the lowest rental yields as well as capital appreciation. Besides Riana Green, the remaining two will have a number of competitors within the same enclave, which will reflect on the demands. Capital appreciation for Ritze Perdana 1 is quite low as it was reportedly that it has appreciated at 20% on average since after its completion for years now. In terms of rental, it depends on your furnishings, as if it is nicely decorated, one can rent it out for about RM1,500 to an expatriate, only if you are lucky. But it starts as low as RM900. Rental yield offered by Ritze Perdana 1 starts from 6%. With the bad gain history and new competitors coming to the market soon, perhaps one should jump into Ritze Perdana 2 instead. 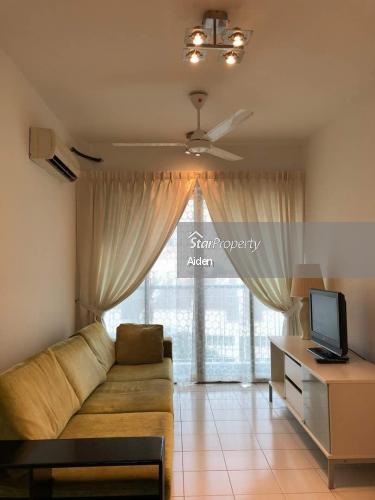 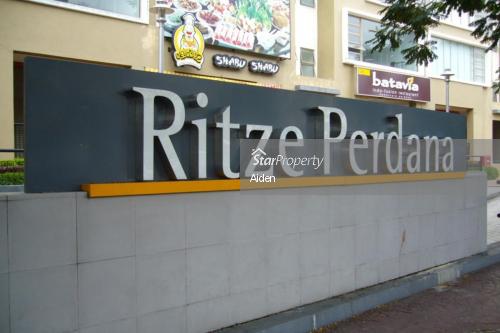 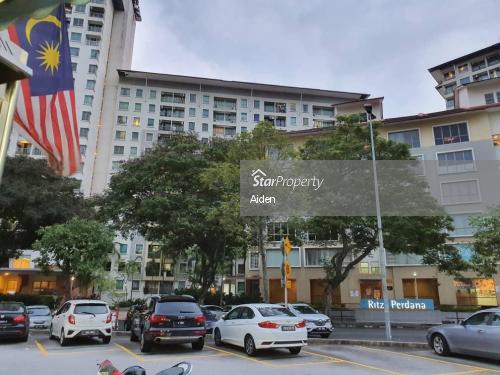