Klang Sentral is a transportation hub for buses and taxis for the whole of Klang. Inside, there are many stalls, booths and shop lots available for purchase or rent. Titijaya, who has also developed the neighbouring Klang Sentral Commercial Centre and The Galleria is the one pulling the strings behind this project. This transportation centre is located 9 km away from the town of Klang. It is nearby Bandar Setia Alam and Aman Perdana. The development was completed on December 2008.There are two terminals available in Klang Sentral, namely Terminal A and Terminal B. A food court is situated on the first floor of one of the terminals. Pushable carts or also can be termed as booths are within the development's spacious walkway, with the ticket counters located on the same floor as the food court. Additionally, the shop lots are available on both floors of Klang Sentral. The whole premise of Klang Sentral is air-conditioned throughout, adding to the comfort of the passengers. Other than that, covered bus platform also contribute to the same purpose. Of course, technological advances are utilized with the installation of Public Address System, integral in a building in which the management needs to communicate to the public often, and LCD television units that display Electronic Coach Information System. Finally, the waiting area is spacious enough to again increase the comfort level of Klang Sentral.The standard 24/7 security enforcement team and running CCTV cameras are the staples of any property, including Klang Sentral. This measure will also safeguard the facilities in the building such as the lounge, baby changing room, surau and public phones.The list of amenities of Klang Sentral is not too shabby at all, as Tesco, Giang, Setia City Mall, Aeon and Klang Parade being the choices. The good news is the proposed UNITAR campus, which will certainly pull in the crowd when it is completed. In terms of accessibility by driving, the roads around are Jalan Meru, New Klang Valley Expressway (NKVE), Jalan Haji Abdul Manan, Jalan Sungai Puloh, Shah Alam - Batu Arang Highway, New North Klang Straits Bypass, Jalan Haji Sirat, Jalan Kapar, Shahpadu Highway, Klang Straits Expressway and Federal Highway.

The developer for Klang Sentral is the reputable Titijaya Land, who has been active in the area. Looks like they are spending a lot on this area, showing their confidence with the potential of this part of Klang. The Galleria and Klang Sentral Commercial Centre are also their doings, which will help the development and growth of Klang Sentral.The traffic does not seem so bad so far, as this part of Klang is not densely populated and crowded just yet. Thus, that should not be a worry. But the early reception of this property was really terrible. The public complained that the relocation of the transportation hub has been an annoyance rather than an amenity. Businesses had to be relocated, and that have cost them money. The food court is also not getting the population traffic that they dreamed of, resulting in hawkers and food stall owners rethinking the place.It is a shame that the public's interest and opinion have not been considered heavily. However, the hope is that the area will pick up in the future, resulting in the whole territory of Klang being launched to a new height. 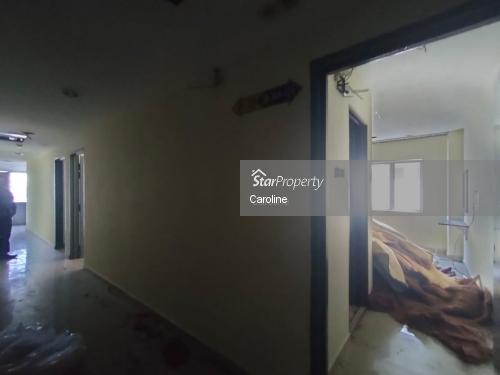