Desa Kiara is a high density condominium located in Taman Tun Dr Ismail (TTDI). It is situated just opposite of Damansara Intan Business Park and right next to a Muslim cemetery and on-going development of Glomac Damansara.Desa Kiara is strategically located in between Damansara Intan, Taman Tun Dr Ismail and Damansara Utama neighborhoods. Other nearby prime neighborhoods are Tropicana, Bandar Utama, Damansara Jaya and SS2. There are plenty of amenities that can be found within short distance. For instance, Tropicana Mall is just located across the road that houses Carrefour and Golden Screen Cinema. Besides that, there are several other shopping malls located nearby Desa Kiara, such as 1-Utama Shopping Centre, Mid Valley Megamall, The Curve and Giant Mall Kelana Jaya. Plus, you can find plenty of eateries in Taman Tun Dr Ismail and SS 2 commercial center. If you fancy golfing, there are several golf courses nearby the area which include Kuala Lumpur Golf & Country Club (KLGCC), Kelab Golf Perkhidmatan Awam (KGPA) and Tropicana Golf Resort. Desa Kiara is accessible via Jalan Damansara. It is adjacent to SPRINT Highway, thus you can access the condominium directly from the highway. There are several highways nearby as well, namely Lebuhraya Damansara-Puchong (LDP), North-Klang Valley Expressway (NKVE) and Penchala Link.

Desa Kiara is located right next to Tanah Perkuburan Desa Kiara, a Muslim cemetery. Just beside the cemetery is Indah Water's sewage treatment plant. These eye-sore views have caused most of potential buyers and tenants lost interest to reside in the condominium. Not only that, the cemetery was expanded in 2003/2004 which caused massive sell-off and drop falling price. Furthermore, some claimed that most banks are reluctant to finance sub-sale purchase of Desa Kiara. They claimed that this is mainly caused by the cemetery as well. The developer of Desa Kiara is also in bankruptcy, but this is not an issue for subsale transaction. Some said that the liquidator told them that the developer have destroyed all records for the condominium. Thus, the liquidator is trying to get the records by acquiring the copies of the original documents from the owners. Therefore, the legitimacy of the ownership is doubtful, and can be questioned.In addition, there are many foreigners including Burmese, Bangladeshis and Nepalese reside in Desa Kiara. This causes overcrowding in the condominium as these foreigners stay with at least 20 people in a single unit. Currently, there is a new development right beside it, named Glomac Damansara. It is a mixed development comprises of a 15-storey office block, 5- and 8-storey shop offices, 2 blocks serviced apartments and another tower of boutique retails and office suites. Its serviced apartment is tagged at RM600 psf. With this massive development of Glomac Damansara going on, residents have to bear noise and air pollution from the construction works for at least 3 to 5 years. Plus, units which facing the development will not enjoy greenery view again as before. Even though the location of Desa Kiara is strategic, but in terms of traffic, it is inconvenient to get into the condominium. This is because one has to access the condominium from SPRINT highway which is a busy highway and have to immediately take the left corner to the condominium. If one misses it, then one has to take another left turn after the Muslim cemetery which is more difficult. But it is easily accessible if coming from Taman Tun Dr Ismail to get into Jalan Damansara.Back then, about 20 years ago, Desa Kiara was tagged at RM200,000. Since then, the price did not escalate much and stagnant at around RM220,000. But in terms of rental, it is tagged from RM1,500 for a bare unit and up to RM2,200 for the fully furnished unit. Investment wise, with the upcoming Glomac Damansara, the area will become busier and appealing. Even though there is almost no chance for Desa Kiara's price to escalate in the future, but the rental seems to escalate nicely as this condominium is favored by students and commercial workers in the area because of its cheap rental. If you are looking for high rental yield, then this condominium will suit you well. 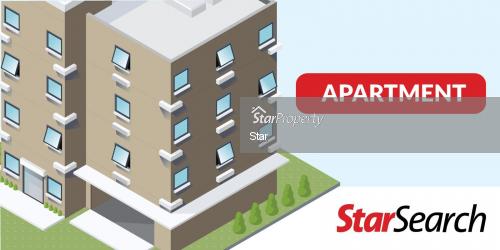 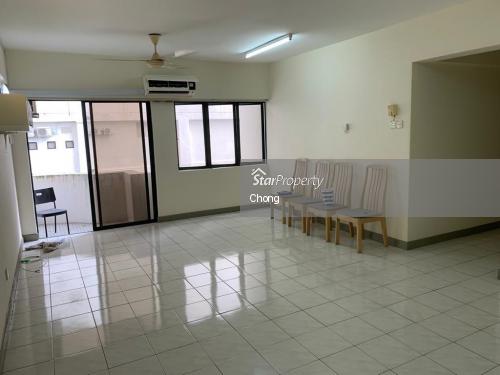