Sierra Seputeh is a gated and guarded luxury housing project by the reputable See Hoy Chan. The housing project that is built upon freehold land was completed in 2007. Among its neighbours are Bukit Robson Condominium, Robson Condominium, Robson Heights and Seputeh Heights. Sierra Seputeh comprises of 54 units of semi-detached houses and 4 units of bungalows. The residential development was constructed at par with other luxury homes that are well-received by the public. Each of the houses comes equipped with Smart Home Systems and fitted with top quality finishings. Most of the semi-detached homes come in 4+1 bedrooms and 4 bathrooms.Being a luxury housing development project, the developer of Sierra Seputeh does not discount on the facilities offered in its compound. Other than providing 24-hour security team, the management also cared for the upkeep of the playground, gazebo area and the mini park. The wide roads within the enclave makes it easier for the residents to navigate their way inside the neighbourhood, not risking bumping with other vehicles.Sierra Seputeh is easily accessible via Federal Highway, Kerinchi Link and Jalan Syed Putra. It is just within a short driving distance to Mid Valley City and KL Sentral, where plenty of amenities can be found. Direct public transportation to the neighbourhood is scarce. However, it takes a mere 7 minutes' drive to reach KL Sentral via Jalan Tun Sambathan and Jalan Stesen Sentral.

See Hoy Chan is a reputable developer, which previously pioneer property development in PJ, including Taman Paramount. Besides, the developer has also recently completed Sutramas in near Sri Hartamas. Its upcoming project is Stonor Condominium in KLCC, a luxury condo just opposite of Suria Stonor.The piece of land that Sierra Seputeh built on, is probably the last piece of freehold land in the city centre area. The development was built on elevated land, and is situated near to the famous Thean Hou Chinese Temple. Being next to the untouched Bukit Seputeh forest, it is nestled in a quiet, serene neighborhood and tucked away from high rises, maddening crowds, heavy traffic, noises and pollution.Sierra Seputeh is not a premier choice for families with school-age children. The nearest schools seem to be in Brickfields and there are no public transportation nearby where they can commute on their own without vehicles. This makes the neighbourhood a good place to reside for older professionals. 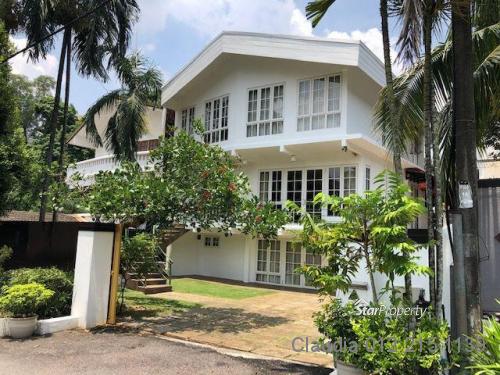