Bukit Robson Condominium is a high rise freehold condominium located on a hill in Taman Seputeh, few kilometers away from Mid Valley City. It is designed in tudor style architecture that provides an ambience of an old English countryside. Its immediate neighbours are Robson Condominium, Robson Court, Kristal Court, and Le Chateau. Seputeh neighborhood is strategically located in the centre of Taman Desa and Bangsar. It is nearby Mid Valley City and KL Sentral. There are plenty of amenities in the vicinity and its surroundings. There is Seputeh KTM Komuter station located in the area. Besides that, Mid Valley Putra LRT station is also close to Seputeh. For shopping and leisure, one can drop by at Mid Valley Megamall and The Gardens, which situated side by side to each other. Besides that, Seputeh is also nearby Bangsar Village, 1 Utama Shopping Centre and The Curve. As for medical centres, there are Pantai Medical Centre and Universiti Malaya Medical Centre (UMMC) located in Bangsar, and Taman Desa Condominium located in Taman Desa. Residing in Seputeh, one can easily access most of prime areas as the neighborhood is situated at the intersection of four vital highways, namely Federal Highway, New Pantai Expressway, KL-Seremban Highway and East-West Link. Plus, it also joints to Jalan Syed Putra that can lead motorists to the Kuala Lumpur city centre.

Seputeh is a pleasant area to reside and most residents are pampered with the peace and quietness of the area. Unlike most neighborhoods, Seputeh has a lot of greenery and located on high elevated round. The neighborhood is peaceful and quiet even though being very close to several amenities. Each unit here is built with large balcony thus allowing residents to enjoy panoramic view of Kuala Lumpur skyline. Not only that, its swimming pool is also overlooking KLCC. On a closer look, Bukit Robson Condominium looks ageing. It is aged more than a decade old. This can be evidenced by the white color paint on the building seems to be fading. But in general, the condominium is averagely maintained. In terms of facilities, Robson Condominium offers better facilities than Bukit Robson Condominium, as the former has a double storey clubhouse and a tennis court.Previously, there was a proposed Brickfield's Monorail station located meters away from the condominium. But the proposal was canceled as KL Monorail went bankrupt. If the plan is continued by other party or government in the future, then the condominium will become highly demanded residential. It is nearby Japan Club of Kuala Lumpur (JCKL) which is just within few minutes of driving. This is the reason why it is a preferred condominium among Japanese. It is a famous club that houses plenty of Japanese art performances.The 1,300 sf unit of Bukit Robson Condominium was previously tagged at around RM337,000 in 2003; RM335,000 in 2004; RM 340,000 in 2007; and currently RM380,000 in 2009. In terms of rental, most claimed that they enjoy high rental yield of up to 9% by renting it out to Japanese expatriates and local executives at above RM3,000. Not to mention that Japanese makes the best tenants, where they will take very good care of your unit.Most believed that properties in Seputeh area will appreciate further following advance development of Mid Valley City, KL Sentral and Bangsar. With the current price of below RM300, it has great potential to escalate and chase Bangsar's price, which are currently priced above RM400 psf. 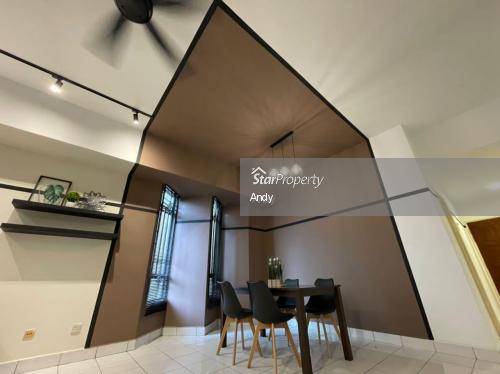