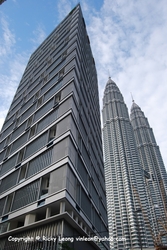 One KL (also known as OneKL) is a luxury serviced residence developed by One KLCC, which is a subsidiary of CMY Capital Group. This 35-storey freehold condo consists of a total of 94 duplex units and each unit has a built-up area of about 3,285 sf. It was completed in April 2009.One KL, which carries the tagline of "94 Apartments, 95 Swimming Pools" is uniquely designed in such a way that each condo unit has its own private swimming pool and lift operated by fingerprint access. This luxury condominium is designed by award-winning architects and world class engineers. Besides, it is famously known as sports car friendly, so you can drive your Ferrari, Porsche, and Lamborghini around easily. One KL is located along Jalan Pinang within the KLCC vicinity. This high class condo is easily accessible via major roads within Kuala Lumpur namely Jalan Ampang, Jalan Binjai, Jalan Tun Razak, Ampang – Kuala Lumpur Elevated Highway (AKLEH), and Jalan Yap Kwan Seng. It is also close to amenities such as shopping malls (Suria KLCC, Avenue K), Kuala Lumpur Convention Centre, Petronas Twin Towers, KLCC Park, Twin Towers Medical Centre, embassies and high commission offices, LRT stations, food and beverages outlets and many others.

Latest transaction in One KL, KLCC

When one travels along Jalan Pinang, it is definitely impossible not to notice this new addition to the KLCC area, as One KL has a unique design compared to other neighboring developments. The developer of this brand new condo has adopted the Top-Down construction method, which is commonly used in Hong Kong and Japan. Apart from that, the concept of having a private swimming pool in each unit also makes it the first of its kind in Malaysia. However, in terms of the building facade, many have commented that One KL looks very much like a box. Some even reckon that it looks like prison cells. But to the trendy, this architecture design by SCDA Architects Pte Ltd is very popular in Europe. Besides One KL, the renowned architect also designed Dua Residency and The Katana Residences.Each unit of One KL has its own private swimming pool. Even though this unique concept has utilized a new waterproofing technology, which is the asphalt membrane system to prevent cracks in the swimming pool area, property buyers should still take note of the risk of water leakage from the swimming pool. Any leak could potentially be disastrous. In terms of build quality, some property buyers have commented that their units have poor quality finishing. Even though the building is built by famous contractors, the overall quality was found to be unsatisfactory. However, specialists were specifically brought in to look into this matter and the quality issue has since been rectified. In the local property market, the KLCC area is yet another favorite spot for property owners, particularly among expatriates and the affluent group. This highly sought after location is claimed to be able to provide promising rental returns as well as high capital appreciation to property investors. Further to the location factor, potential property buyers are to be reminded that traffic congestion is a norm within KLCC area. Being located amongst the other up market residential and commercial buildings in Malaysia, one of the major drawbacks is the heavy traffic flow. Even though property owners need to endure the daily traffic issue, they still get to enjoy the convenience of having amenities which are within walking distance. It is also important to take note that KLCC area is a densely populated area. Even though One KL provides exclusivity and has a very low density, the whole area is very packed with buildings. As such, One KL's location would not appeal to certain people, particularly those who prefer the less hectic lifestyle in areas with less traffic issues. In view of its pricing, One KL has been categorized as the most expensive high rise property in Malaysia ever since it was launched. Though there are many competitors within the same area, this condo still stands out in terms of uniqueness of having a private swimming pool in each unit. However, many reckon that with the same amount of money, one could easily purchase a big bungalow in the suburb of Kuala Lumpur.

Latest transaction in One KL, KLCC 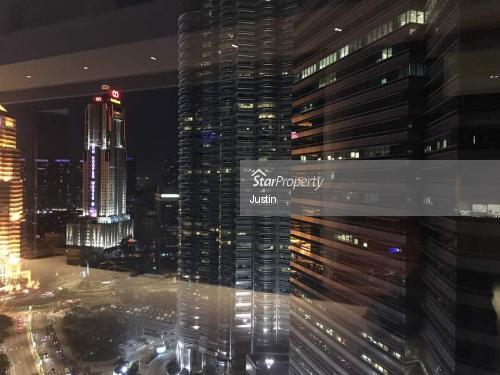