Menara KH (formerly known as Menara Promet) is strategically located in Kuala Lumpur's Golden Triangle. The building was designed by the esteemed Hijjas Kasturi & Association and completed in 1983. Its adjacent neighbours include Bangunan MAS, Menara Dion, Kompleks Antarabangsa, Wisma Genting and Crowne Plaza Hotel.Menara KH was one of Kuala Lumpur significant landmark in its early years, and it is still recognised today due to its sleek and modern design. The black glass building, with six passenger elevators and one service elevator, soars at 35-storey high, excluding rooftop, with four underground parking levels that accommodate 260 parking bays and a helipad.The first five storeys of Menara KH comprised on retail podiums. Those floors have centralised air conditioning, while the rest of the office floors are tenant-control air conditioning. The food court is located at Level 5. The helipad is also transformed into a lounge in the evenings. The strata title building is managed by Master Platform Sdn Bhd.Menara KH is also within walking distance to numerous hotels, condominiums, financial institutions, major shopping complexes, restaurants and entertainment centers. Public transportation are easily available with the Raja Chulan Monorail Station and bus and taxi stands, a short walk away.

Though the building is more than 30 years old, Menara KH is still considered a good investment. Yes, it has lots to do with its prominent location, which generates high human traffic. And also the fact that it has recently undergone a face lift of its lobby and podium facade. The office tower is expected to be upgraded in the next phase.The Heli Lounge Bar KL on the '36th floor' that opens from 6 pm daily is one of Kuala Lumpur best kept secret. Visitors can enjoy their drink on the open air helipad while watching the sunset. The 360 degree view on the rooftop is undisrupted with the absence of fencing or barriers, hence, visitors have to watch out for themselves here.Comparatively, the rental at MAS Building ranges from RM3.50 to RM4.50 psf is considerably lower than that of its neighboring office buildings such as Wisma Genting at RM5.80 psf and Menara Dion at up to RM12.00 psf. main tenants of the building include Orix, Hijjas Kasturi Architects and Prudential. 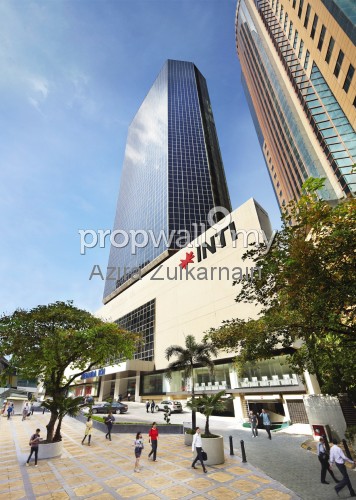 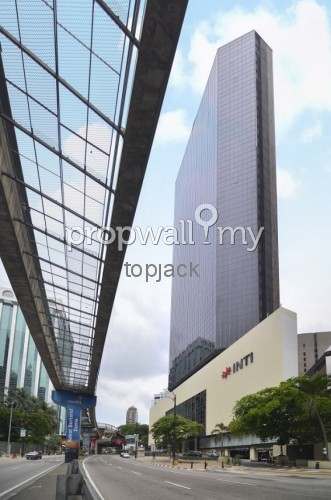