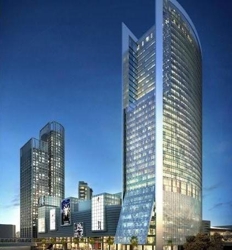 Nu Sentral is a mixed development of a 7-storey shopping mall and a 27-storey office tower. This development is part of the multibillion 'Lot G' integrated development, which will also consist another 2 office towers and a boutique tower on the same parcel. Nu Sentral is expected to be completed by mid-2009, and it is part of a KL Sentral master plan that shall be completed by 2014. It is a 51:49 per cent joint venture development between MRCB and Pelaburan Hartanah Bhd (PHB).Nu Sentrail Shopping Mall, which is claimed to be 3 times bigger than Mid Valley Megamall, will become Kuala Lumpur's first green shopping mall as it implements environmental-friendly and energy saving features and follows green building standards by Singapore's Building and Construction Authority (BCA) Green Mark and Malaysia's GBI. Not only in the building, it also features a rooftop entertainment concept which consists of a 2-acre sky park, a megaplex (cinemas) and leisure space for cafes, open air events and concerts – all above the mall. The developer of Nu Sentral has just announced recently (August 2010) that Parkson department store and Golden Screen Cinemas (GSC) will become its anchor tenants, both taking up 140,000 sq ft and 50,000 sq ft of spare respectively. This partnership is accordance to its aim to become Kuala Lumpur's first lifestyle and transit hub. GSC will have 11-screen multiplex with a seating capacity of 1,780. Besides that, the developer claims that this shopping centre will attract 150,000 commuters and 20,000 office and residential population of KL Sentral.Meanwhile, the 27-storey office tower at Nu Sentral consists of net lettable area of 450m000 sq ft. It is owned by PHB. According to PHB, it will be leased to a single tenant for en bloc. Nu Sentral will be linked to Stesen Sentral, a monorail station and a LRT station as well as to nearby office towers to enable easy access for the patrons.

Kuala Lumpur is blessed with abundance of shopping centres, but still, we are lacking of the world-class ones compared to our neighbors, Bangkok and Singapore. Besides the likes of Suria KLCC, Pavilion KL, Mid Valley Megamall, Sunway Pyramid and 1 Utama, the others are just a stop centre for teenagers and youths to chill and hang out. This upcoming Nu Sentral will surely be well-received and be at a class of its own. With state-of-art features and designs as well as great accessibility, it will be surely welcomed by everybody. 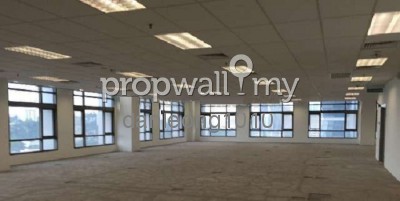