Menara Safuan is a freehold 26-storey corporate office tower and was developed by the Safuan Group. This development project was completed in year 1992 and is situated along Jalan Ampang in Dang Wangi. It is situated neighboring Sunway Tower and Duta Grand Hyatt Hotel. Menara Safuan units have built-up area ranging from 1,000 sf to 9,376 sf. The facilities provided include 24 hour security, centralized air conditioning, broadband enabled, passenger lifts and covered parking lots. There is a vast array of amenities near to Menara Safuan. There are a few shopping centres located nearby such as Capital Square, Wilayah Complex and City One Plaza. These shopping centres provide many amenities like restaurants and eateries, supermarkets, banks, retail outlets and much more. There are also a number of education institution situated near Menara Safuan like University KL, SK Pendidikan Khas, SJK(C) Lai Ming and SRK(P) Bukit Nanas Convent. It is easily accessible via many major roads like Jalan Ampang, Jalan Dang Wangi, Jalan Sultan Ismail and Ampang-Kuala Lumpur Elevated Highway (AKLEH). Also, the Dang Wangi LRT station is within walking distance. There are also several RapidKL bus stations around the vicinity..

Menara Safuan is located at a strategic area as it is easily accessible from the Kuala Lumpur City Centra via Jalan Ampang. Apart from that, the building is also near to aplenty of amenities - which mostly are within minutes of walking. However, Jalan Ampang and Jalan Sultan Ismail are known to be very congested during peak hour due to heavy traffic. As the building is situated quite near to Petaling Street, tenants can see that there are quite a number of foreign workers to and fro from Petaling Street. There was also a robbery case in Dang Wangi April last year when a 23 year old Indonesian contractor was robbed at 3am in the morning. However, tenants should not be too worried as the Dang Wangi Police Station is situated within walking distance to Menara Safuan. Homeless people are normally seen taking naps at abandoned buildings near to Dang Wangi which is not a pretty sight.
我们正在努力中。敬请期待我们将为您献上最全面的物业评论! 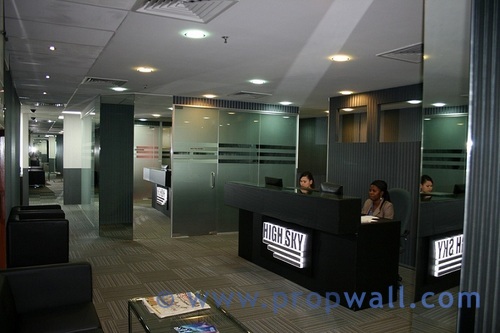