Wisma MPL is a commercial office building nestled along Jalan Raja Chulan, Kuala Lumpur. It is a freehold office and shopping complex that was developed and is fully owned by Malaysia Pacific Corporation, formerly Weld Development, since its completion in 1973.Wholly owned by Malaysia Pacific Corporation, Wisma MPL is only available for leasing. They offer various sizes of lots ringing from 312 to 14,730 sf in built-up sizes. However, only two entire-floor rental is available at the moment, they come is sizes of 14,730 sf respectively. there are six high-speed elevators available for use at the office tower, while the podium is serviced by a passenger escalator and three pairs of escalators.At the moment, there are several established tenants at Wisma MPL. Among the offices taking root in the development are Hong Leong Bank, Fuji Xerox, Korean Press and of course Malaysian Pacific Corporation Berhad. Several office units come equipped with partitions, carpets and glass doors. they come with no extra rental charges. Wisma MPL also has its own food court, coffee shops and restaurants in the building.Located within the central business district, Wisma MPL is surrounded by plenty of commercial buildings, high-end condominiums and amenities. Among residential located nearby are The Manhattan, Seri Bukit Ceylon, One Residency, 38 Bidara and recently completed St Mary Residences. It is also on the the same row as Wisma Boustead, Plaza See Hoy Chan, Wisma Goldhill and Menara Weld. The office building is just a stone's throw away Raja Chulan Monorail station.Wisma MPL is easily accessible via Jalan Sultan Ismail and Jalan Ampang. The road is accessible from Ampang Elevated Highway. The three-storey car park can accommodate 527 cars at one time. Alternatively, one can reach the vicinity via Raja Chulan Monorial station. Those who prefer to use the Kelana Jaya line can take a ten-minute walk to KLCC LRT Station. Wisma MPL is just within 1 kilometer away from Bukit Bintang shopping district, where one can shop at Sungai Wang Plaza, Pavilion, Starhill Galery and Lot 10. There are also several 5-star hotels nearby, such as Hotel Istana, Equatorial Hotel and Crown Plaza Mutiara. It is also approximately 150 meters away from KL Tower.

Wisma MPL has undergone several name changes since 1973. Initially, it was 'Wisma MPI'. Later it was changed to 'Wisma HLA' before finally changing it to 'Wisma MPL'. When it was built, Wisma MPL was the largest shopping centre cum office building in the city. There have been discussions on refurbishing Wisma MPL to make it more contemporary. However, the plan is yet to come to fruition as it is still in the negotiation process between Malaysia Pacific Corporation Bhd and a foreign development fund company. The parties are allegedly planning for an additional 57-storey office tower atop of the yet-to-be refurbished commercial podium annexed to Wisma MPL.The management company of Wisma MPL has allegedly gone through several severe financial crisis and their failures are recorded publicly. However, as of 2014, they are determined to put their best foot forward and targeting to redevelop Wisma MPL. Alternatively, they are planning to sell the building for RM320 million.Go - KL City Bus, the free bus service in Kuala Lumpur city center, stops in front of Wisma MPL. Those who are interested in using the service have to check out the purple line route. The standard route of its commute is from Jalan Sultan Muhamad to Bukit Bintang and back to Jalan Sultan Muhamad. Therefore, it does stop at KL Heritage Trail, KL Tower, Pavillion and Kota Raya. 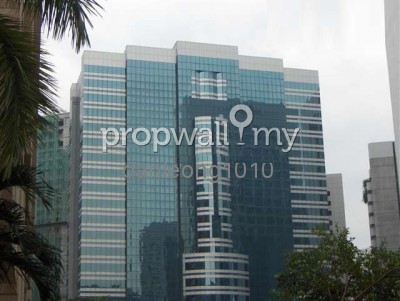