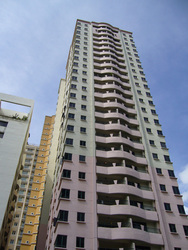 Seri Raja Chulan is a low-density freehold condominium nestled in Bukit Ceylon, at the tip of Changkat Bukit Bintang and along Changkat Raja Chulan. Among its immediate residential neighbors are Seri Bukit Ceylon (also known as Somerset), Menara Bukit Ceylon, Downtown Condominium and One Residency. Due to the close proximity of Seri Raja Chulan to KL's CBD, there are numerous office buildings which are within striking distance by foot, such as PMI Tower and Wisma MPL along Lorong Ceylon. Food and wine are aplenty with eateries that caters to all budgets for residents of Seri Raja Chulan. For the occasional Wagyu steak accompanied by a glass of Chardonnay, Changkat Bukit Bintang is literally right at the doorstep of Seri Raja Chulan. Furthermore, there are also MCB Plaza, Aik Hua Tower, Plaza See Hoy Chan and KWSP Tower on Changkat Raja Chulan; The Weld, ING Tower, Wisma Goldhill, Boustead Tower, Arab Malaysian (AM Bank Group) building and Wisma Lim Foo Yong on Jalan Raja Chulan; Wisma Genting, Komplex Antarabangsa, Kenanga International, Standard Chartered Tower and Central Plaza along Jalan Sultan Ismail.The lower part of this street (affectionately known as Changkat) consists of rows of old link houses that have been converted into stylish fine-dining restaurants, pubs and cafes that offers various international cuisines including Italian (Werner's), French (Le Bouchon), Spanish (El Cerdo), Japanese (Yoko's), Russian (Dusha), English (Magnificent Fish & Chips), German (Deutsches Haus), Chinese (Ming Jia Shan) and Lebanese (Al Bait), as well as serving Malaysian (Bijan) specialties. Perpendicular to Changkat Bukit Bintang, but further away from Seri Raja Chulan, lies KL's famous street of food Jalan Alor, which will be bustling with tourists and locals savouring local hawker fares. Perhaps more importantly, most of the shopping malls located in KL city centre are within 10 minutes walking distance from Seri Raja Chulan. These include Lot 10, Sg Wang Plaza, BB Plaza, Low Yat Plaza, Fahrenheit 88 (formerly known as KL Plaza), Starhill Gallery, Berjaya Times Square and the swanky, newly opened Pavilion KL. For transportation, the Raja Chulan Monorail station is just a stone's throw away. In term of accessibility, one can utilize Jalan Raja Chulan, Jalan Bukit Bintang and Jalan Sultan Ismail to get around the city center. Jalan Sultan Ismail can lead you to Jalan Kuching which allows easy access to Mont Kiara, Desa Sri Hartamas and Damansara Mutiara (where IKEA is located) via Penchala Link. Besides that, Jalan Sultan Ismail also connects to Ampang-Kuala Lumpur Elevated Highway (AKLEH) which leads you to the Ampang neighborhood. For frequent fliers, you can reach the entry point of the Maju Expressway (MEX Highway) in 5 minutes by car (15 minutes during peak). MEX is the main highway, spanning 26KM, linking KL city centre to KLIA, Putrajaya and Cyberjaya. The MEX entry ramp is located on Jalan Tun Razak, close to the entrance to the Royal Selangor Golf Club, where you can also enter the SMART Tunnel.

Seri Raja Chulan is an old condominium and this can be evidenced by its old facade design and color scheme used. Even though it is quite old, it is maintained quite well by the management. Several residents claimed that they have to bear loud music from nearby pubs and bars at night if they open the balcony entrance and windows. But it really depends on the unit location and floor.The area has been a favorite among expatriates to reside as the area is kept with lush greenery and still within the "Golden Triangle" of Kuala Lumpur. About 10 years ago, this area is not a favorite place to reside as there are loads of illegal activities in the area. But the scenario has changed since a number of exclusive developments built and the area has developed into tourist-friendly place with plenty of restaurants, bars and hotels mushrooming in the enclave. Even though the area becomes more suitable for expatriates, but it is not suitable for a family living as there are no nearby international school within the vicinity. Moreover, there is no recreational area nearby for these kids to play, unlike KLCC, Ampang Hilir and Mont Kiara areas. Seri Raja Chulan is not the top list among other residential in the enclave. Most prefer One Residency and Seri Bukit Ceylon, as both offer better exclusivity than other residential in the area. But this residency is well accepted, and loved by the locals due to cheaper rental rate tagged than others. In terms of accessibility, Seri Raja Chulan is surrounded by three main roads, namely Jalan Raja Chulan, Jalan Sultan Ismail and Jalan Bukit Bintang. Nonetheless, these three roads are really congested at most of the times as they are all the main roads in the middle of the city centre. The traffic congestion during peak hours is terrible and hectic as the traffic flow is really slow. Investment wise, depending on the price, you can gain profit from the investment. Most investors are looking for rental gain from Seri Raja Chulan investment. But make sure you bargain from the seller and get it at lower than market price, so that you would not have problem to sell it in the future as the price seems pretty high at the moment and hardly to escalate further in the future. 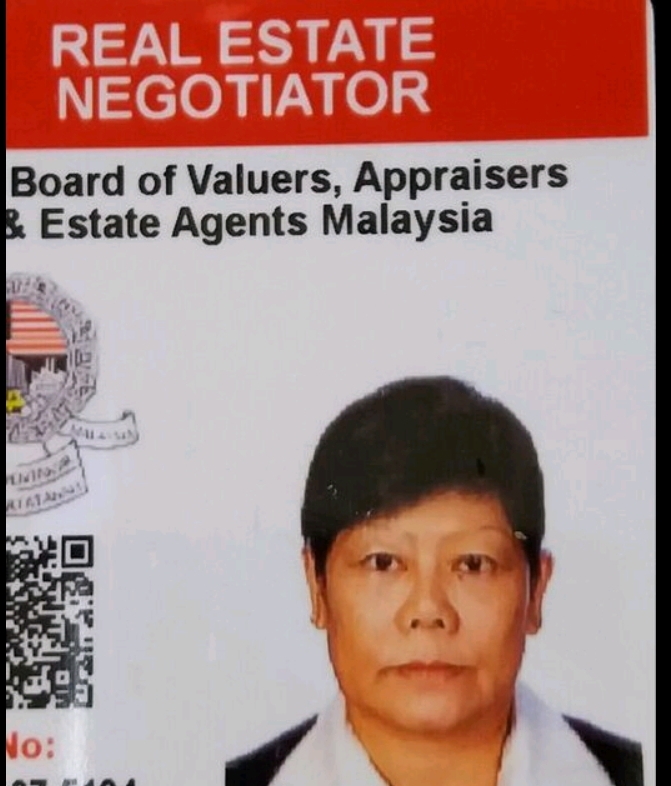 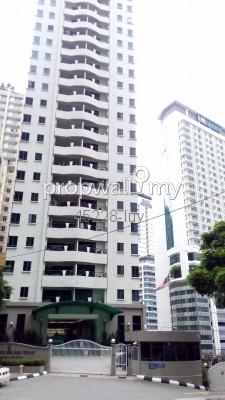