Taman Kepong is an established residential township situated in Kepong, Kuala Lumpur. It was developed by Kepong Garden Development and comprises of 2 phases. Phase 1 consists of 534 units and Phase 2 comprises a total of 600 units. Taman Kepong has a mixed development of bungalows, terrace houses and shop lots. Bungalow lots typically have built-up areas of approximately 7,085 sf while the terrace houses have built-up areas of about 1,420. Shop lots here mainly have built-up areas of about 800 sf. There are playgrounds within the area as well.Residents of Taman Kepong are just 11 minutes walking distance to Jusco Metro Prima that also hosts TGV Cinema. Besides that, there are many amenities provided at Metro Prima commercial hub such as supermarkets, banks, restaurants and eateries, cafes and much more. Alternatively, residents can also head over to Kepong Entrepreneurs Park which is only about a 5 minutes drive away that hosts many shop lots, salons, clinics, cafes, restaurants and many more. There are a few schools nearby namely SK Kepong Baru, SMK Taman Bukit Maluri, SMK Kepong Baru and a few more, all situated within a 2km radius. Taman Kepong is easily accessible via Jalan Kepong or the Selayang-Kepong Highway. For residents who prefer to take the public transportation, Kepong Sentral KTM Komuter Station is only a 9-minute drive away.

Taman Kepong made headlines in January 25, 2011 when the residents were confused over the dual title status of their homes when the grant states the status as temporary as well as freehold. This issue has been brought to light when some of the residents went and settle their bank loans and collect their grants. Their 11AK Forms stated temporary ownership as well as freehold tenure at the bottom of the page which caused much confusion to the property owners. There were some owners who came to realize about this problem when they wanted to sell their properties.This issue occurred as the developer was in a rush to complete the project and did not do a complete surveying work and thus the titles were still under temporary land titles. The final title will be issued after a licensed land surveyor has carried out a survey which will then be submitted to the Survey and Mapping Department for validation 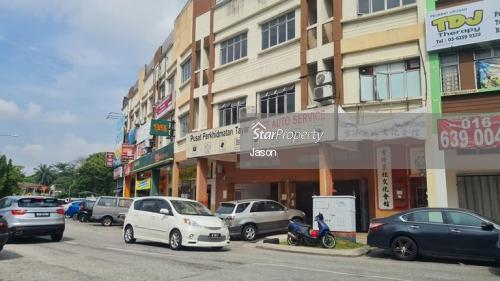