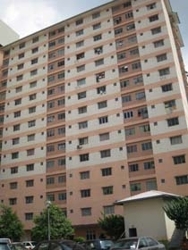 Mutiara Magna is a low-cost apartment situated in the township of Metro Prima, Kepong. Metro Prima is also known as 'Kepong New Town' by many and developed by Magna Prima Sdn Bhd. Its neighbors are Casa Prima, Plaza Metro Prima, Pelangi Magna and Suria Magna. It offers units with built-up areas of approximately 650 sf and comprise of 3 bedrooms and 2 bathrooms. The only facilities provided are 500 parking spaces and lifts. Mutiara Magna is within close proximity to amenities like Metro Prima Shopping Centre and Jusco Metro Prima Shopping Centre which are only 9 minutes walking distance away. Metro Prima Shopping Centre offers amenities such as restaurants and eateries, supermarket, banks and many more. There are several schools near Mutiara Magna such as SMK Kepong Baru which is situated just 1.6km away. It can be easily accessed via Jalan Kepong and major highways such as Selayang-Kepong Highway and Middle Ring Road 2 (MRR2). Residents can also choose to commute via public transportation and head over to Kepong Sentral KTM Station.

Mutiara Magna is a high density flat apartment and thus the units are all situated very near to each other, hence, the lack of privacy for the residents. But this is normal for a flat development in the city. Besides that, Dr. Tan Seng Giaw, DAP National Deputy Chairman and MP for Kepong has given out a media statement regarding the complaints of the residents of Mutiara Magna on the condition of the flat apartment in year 2007.Some of the complaints were regarding issues of no strata title, motorcycle thefts, numerous break ins, rubbish bins were too small, the open air sewage treatment stinks, Keroh River bank erosion, lack of fire fighting equipments in the flat apartment, and also the large water tank that it located on the 14th floor shakes and makes loud noises. Apart from that, there are only 500 parking spaces for an approximately 5,000 residents in Mutiara Magna, which is obviously not enough. There were also issues regarding the lack of transparency of the management company. There were also several concerns regarding the level of pollution around the flat area. In conjunction with environmental pollution, there is noise pollution as it is situated near to the shop lots and also the ingress and egress from Mutiara Magna. Most of the roads in Kepong low-cost apartment areas are narrow and congested most of the time; this has been a constant problem residents and nearby areas have been facing for many years. 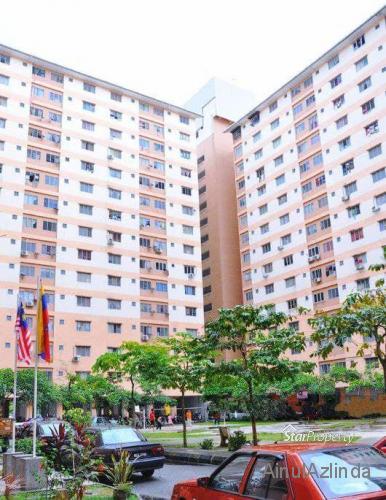