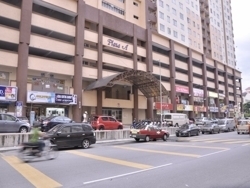 Metro Prima is a mixed development located in the busy and thriving town of Kepong in Kuala Lumpur. It is located a mere 15 minutes away from the city centre of Kuala Lumpur, while other places of importance such as Mont Kiara and Bangsar are less than 20 minutes away. Petaling Jaya is only 20 minute away, while the Kuala Lumpur International Airport is almost an hour away. Metro Prima is a development of Magna Park, a subsidiary of Magna Prima, which was completed in the year 2007.Metro Prima consists of an apartment Vista Magna, a condominium Plaza Metro Prima as well many shop lots as this is a very busy commercial area. Both high rises are leasehold; although Vista Magna is the smaller of the two with an average built up size of 858 sf housing 3 bedrooms and 2 bathroom within a price range of RM200,000 to RM420,000.Plaza Metro Prima has larger built ups of between 1,010 sf and 1,320 sf, housing either 3 or 4 bedrooms and 3 bathrooms. Prices of units here are between RM328,000 to RM360,000. The shops here range between 663 sf and 4,893 sf, between price tags of RM120,000 to RM2,250,000.Metro Prima is very much one of the older developments in Kepong, amongst the firsts of its kind in the area. As such, the place may appear to be unkempt and messy to outsiders. However, buyers will have the advantage here, as all the units sold are partially furnished. While the condominiums and apartments are furnished with kitchen cabinets and assorted furniture, some of the shop lots for sale are even being sold fully furnished.The sprawling area of Metro Prima offers its tenants naught but plenty of open air parking lots that are never enough, while the apartment Vista Magna enjoys basic facilities such as a gym, mini market, playground a barbecue area, covered parking and 24-security. The condominium Plaza Metro Prima offers its tenants only slightly more with a swimming pool.Tenants of Metro Prima will never want for amenities as Metro Prima is a colourful array of shops. 24-hour convenience stores such as 7-Eleven are available, as are salons, banks and eateries. Backing the development is Jusco Metro Prima which is within walking distance of the high rises and offers boutiques, supermarkets and even a TGV cinema. Schools are plentiful in the area, while the closest hospital is the Sungai Buloh Hospital which is approximately 15 minutes away.Metro Prima is one of the most well connected developments as it is located just off the main trunk road Jalan Kepong. Public transportation is highly convenient as there are bus stops on the main road Jalan Kepong, within walking distance from the development. The Taman Wahyu KTM station is almost as near at a 10 minutes drive, providing tenants convenient transportation.

Magna Prima is an old hand in the property development sector of Malaysia. Although it is not a very prominent name in the Malaysian market, their projects are still highly successful. Some of their other notable projects are One Sierra in Selayang, The Avarè at KLCC; as well as an Australian project, The Istana, in Melbourne.Metro Prima is undoubtedly one of Magna Prima's more successful projects. Not only is the entire development fully occupied, it is also a very important development to the residents of Kepong. The only woes residents might have is the traffic congestion on Jalan Kepong especially during peak hours, but it is highly unavoidable as traffic within the city centre goes.The Metro Prima area is noisy and does not exactly exude peace and serenity as it is more of a business park, however residents will find that they are very well located in the city centre and will want not for any amenities. As investments go, Metro Prima might be one of the better ones if not for its leasehold title, which makes profit a little dicey for those in the market for long term profit. However those who wish to stay within the city and are on a budget will find that Metro Prima is one of the more exciting areas. 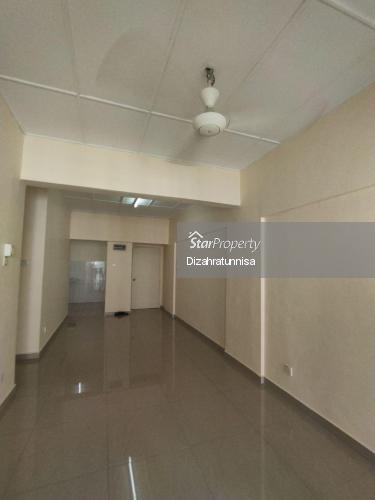