Adora is a new development within Desa ParkCity, which was completed in June 2006. This development that was developed by Perdana ParkCity, a subsidiary of Samling Group which is a Sarawak based timber company, consists of a total of 92 units. Adora comprises 3-storey courtyard terraces as well as courtyard apartments. Adora is located near to the border between Kuala Lumpur and Selangor, with close proximity to Bandar Menjalara and Kepong. This development is easily accessible via Lebuhraya Damansara Puchong (LDP) as well as Pencala Link. This resort style residential area is approximately 35 minutes away from Kuala Lumpur city centre, 15 minutes from Mont Kiara and 25 minutes from Petaling Jaya. There are many amenities built within Desa ParkCity to cater to the needs of its residents namely commercial centre, central park, schools, hospital and many others.

A developer's reputation is often one of the most important considerations when a potential property buyer scouts for a suitable property. More often than not, property buyers are intimidated to purchase properties especially if those properties are developed by unknown or less popular developers. With more than 15 years of experience and proven track record in property development, the developer of Adora, Perdana ParkCity, has truly demonstrated its credibility. Among the many properties which were successfully completed are One Ampang Avenue and Bintulu ParkCity. Adora's design and concept is very much the same as Adiva, another development within Desa ParkCity. However, Adora's landscape where there is an "inner garden" located between the houses is deemed to be safer for kids, as the little ones could play and run around without being scared of incoming cars. Even though the "inner garden" was built with the idea of bringing the neighbours closer to each other, many reckoned that this concept could possibly cause privacy concerns among the residents at Adora. This is due to the fact that the properties at Adora are built very close to one another.As both Adiva and Adora look similar, many property buyers tend to compare both of them when making decision on which property to purchase. Even though the subsale value for Adiva is lower than Adora, all Adiva units come with two designated car parking areas, whereas some of Adora's units only have one car parking lot. With reference to Desa ParkCity's master development plan, Adora is located at a less favorable location compared to Adiva. Directly opposite Adora, there are a few blocks of apartment which is currently under construction. The presence of a few mid or high rise buildings is definitely a turn off to the panoramic view of Adora units. Furthermore, Adora is located somewhat near to two huge water tanks, opposite the road which is on the Sunway SPK development side. Even though the tanks do not cause any health hazards, they do contribute to the "ugly" sight of the area. Adora may be located within a wonderfully landscaped resort style residential development, which currently has a "comfortable" density status, but many have expected the whole area to become congested in a few years time. Even though Desa ParkCity is a well-planned development, many potential buyers are still worried that this place would be densely populated in the next few years. This is because the developer had earlier claimed that there will be about 7,278 residences in total comprising of 4,500 high-rise condominium units, while the remaining are landed houses in the next few years. A few years ago before Adora and the other developments within Desa ParkCity were launched, many people had doubted the appeal of this resort style development, as they believed that there would be massive traffic jam at the U-turn area along LDP and also the need to pay RM1.60 of toll charges in order to get to Damansara. However, when this development was completed, the negative perceptions eventually went off as the beauty of Adora has left most property buyers speechless. This has left a significant effect on the property prices within Desa ParkCity, as the prices of most properties have sky-rocketed to an unbelievable level. However, to some other property buyers, many still feel that Adora is overpriced for a terrace house.Investment wise, many think that it is a little too late to benefit on capital appreciation from a new investment at this place. From the time the property was launched until the vacant possession period, many property investors have already bought and sold their units and have even cashed out big profits. However, Adora may appeal to those who are interested in generating rental returns as there have been high records of expatriates moving into properties like Adora from other established areas like Mont Kiara. 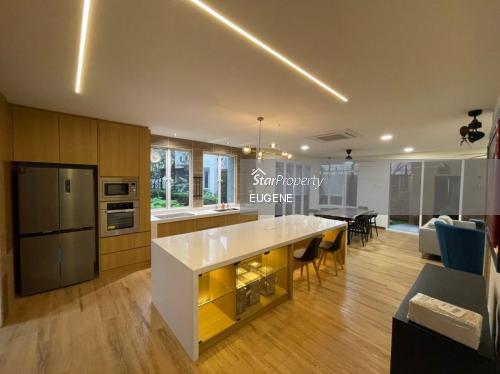 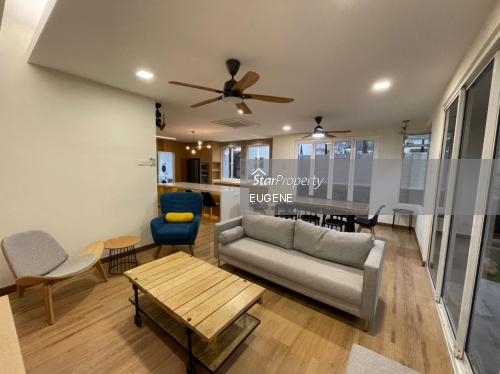