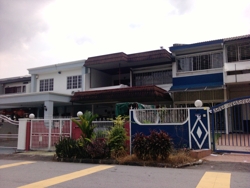 Taman Connaught is a very matured and established neighborhood in Cheras. It is strategically located at the confluence of Middle Ring Road 2 (MRR2), East-West Link Highway and Cheras-Kajang Highway. Taman Connaught comprises of 2-storey terrace houses, bungalows, condominiums and an apartment. There are 2 condominiums located at behind Giant Connaught, namely Angkasa Condominiums and Puncak Banyan. Meanwhile, the apartment and Sri Cendekia condominium are located at far north-west of Taman Connaught. This neighborhood is popular to have the longest 'pasar malam' (night market) in Malaysia, which is held every Wednesday night along Jalan Cerdas. Taman Connaught is separated by East-West Link Highway.Additionally, there is going to be a new business centre in the area, named Connaught Avenue. It is a mixed residential and commercial development comprising of 2 and 3-storey shop-offices and 2 blocks of serviced apartments. Sited on a 8.66-acre leasehold land, it will have a total of 86 units of commercial shop-offices and 385 units of serviced apartment. It is a development by Akisama and expected to be completed by March 2012. Being a matured residential neighborhood, Taman Connaught is a self-contained vicinity with numerous amenities and commercial areas. There are a Chinese temple, a Calvary Church, a police station, 2 petrol stations (Shell, Esso and BHP), 24-hour drive-through McDonald (within Shell station), and Giant Hypermarket. There are rows of coffee shops, restaurants (among the established ones is Yip Chee Mei Tai Pau stall), banks (Eon Bank, Maybank, CIMB) and specialty shops located around Jalan Cerdas. There is also abundance of offices nestled within the vicinity. For shopping and leisure, Taman Connaught is close to Cheras Leisure Mall and Plaza Phoenix. Aplenty of schools can be found in the area, such as SJK (C) Taman Connaught and SMK Taman Connaught. University College Sedaya International (UCSI) campus is also located here, right behind McDonald’s outlet.

Last 17th September 2010, just days before Hari Raya, there was a report in The Star that stated the sewage water in Taman Connaught has been overflowing from a manhole near a road junction for more than a month. The residents have made several complaints to Indah Water, and they were told that it was because of pump malfunction. Because of the problem, some residents of Taman Connaught claimed that the road is breaking up and there are several potholes on the roads now. Indah Water representative claimed that they have alerted the developer about the matter as the sewerage pipelines were still maintained by the developer. Taman Connaught is actually sits on leasehold with about 70 more years to go. With houses prices has gone up to RM500,000 for a normal 2-stprey terrace, it might be scary to dump a lot of cash on an old and leasehold property and expect the price to escalate further, at least for the next 20 years. Hopefully, the residents association here will stand up and ask for freehold title conversion, or at least, just lease period renewal. It should not be a problem. As for the condominiums in Taman Connaught, indeed that they are such a good buy as one can furnished and rent them to a bunch of college kids or young working professionals, and gain about 7% to 9% of rental yield. It is doable. 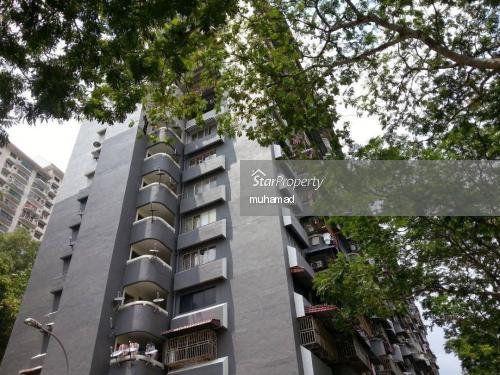 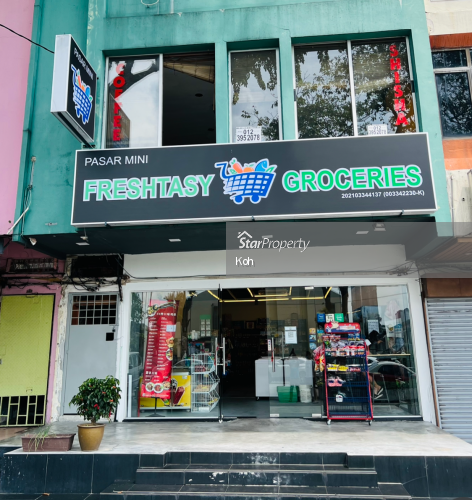