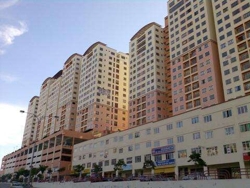 Glenview Villa is a leasehold medium-cost condominium nestled in Cheras. The condominium is situated near to Mutiara Court Apartment, and Taman Bukit Permai and Taman Mastika flats. Glenview Villa comprises two 18-storey blocks with a total of 240 units. Average units’ size is 1,137 sf (from 1,070 sf) which consists of 3 bedrooms and 3 bathrooms. The condominium is equipped with covered car park, children’s playground and swimming pool. The area is an old residential area, with numerous amenities to cater the residents. There is Esso petrol station and also rows of shop office lots just opposite the condominium. Behind the condominium, there is a government clinic (Klinik Kesihatan Ibu dan Anak). Glenview Villa is about 5 minutes walk to SRK Kampung Cheras Baru, SRA Kampung Cheras Baru and Masjid Nurus Saadah. Other nearby schools are SMK Taman Seraya, SRK Taman Muda and SMK Pandan Indah. The condominium is approximately 7 minutes drive to Pantai Cheras Medical Centre. From Jalan Kuari, Glenview Villa is mere minutes to access Middle Ring Road 2 (MRR2). It is approximately 10 minutes drive to Jalan Cheras, Jalan Pandan Indah and East-West Link Highway.

Glenview Villa is lacking of facilities as there are only a swimming pool and children’s playground as its recreational facilities. A standard condominium should comprise a gymnasium as well, and a high-density condominium should probably be equipped with either a squash, badminton or tennis court. Glenview Villa is lacking of exclusivity feel as it is surrounded by flats and low-cost housing areas as well as villages. Just a stone's throw from the condominium, there are Taman Mastika flats, Taman Bukit Permai flats and Nusa Kurnia apartments. The rest are mostly village houses within Kampung Cheras Baru. Glenview Villa is handed over to buyers after 8 to 12 months from the estimated completion date. Besides that, loads of buyers complained on the poor quality and workmanship delivered for their homes – and a resident even claimed there were cracks and holes on the wall. They also claimed that the developer have used low quality materials for the development.
我们正在努力中。敬请期待我们将为您献上最全面的物业评论! 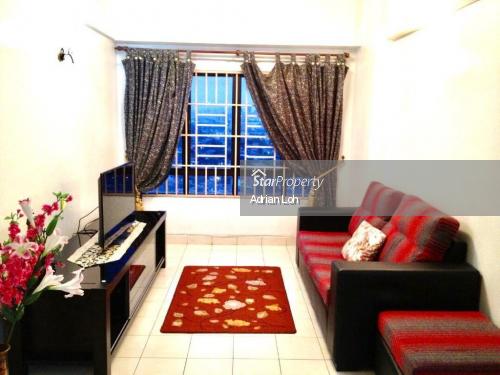