Century Garden is a mixed development located within the vicinity of Johor Bahru. It can be found within close proximity to other residential neighborhoods such as Taman Kempas, Taman Melodies, and Taman Maju Jaya.The enclave comprises of commercial and residential developments. The residential properties within Century Garden consists of single-storey, double-storey and bungalow units. Shop-offices on the other hand are typically 4-storey tall. Built-up sizes for houses ranges from approximately 1,500 sf onwards while the shop-offices have varying built-up sizes which ranges up to 10,000 sf.As it is resided within the bustling hub of Johor Bahru, residents of Century Garden has easy access to a wide range of amenities. Located not far away from the residential enclave is the commercial area whereby many shops such as restaurants, banking facilities, government agencies and clinics can be found. Apart from that, several shopping malls such as Plaza Dnp, Danga City Mall and Plaza City shopping center are all within a 1km radius.Educational establishments do not fall short in expectations as well with the myriads of services being offered including Omega Tuition Centre, Institut Teknologi Jiba, Sk Ankatan Tentara Kebun Teh and S Sri Utama all of which are no more than 1km away. Moreover, a few religious establishments are easily accessible as well.In terms of transportation, Century Garden is serviced by several highways, with the closest one being Tebrau highway which is no more than 5-minutes drive away - which links directly to Causeway and Bukit Timah Expressway rendering traveling to and fro Singapore a breeze. Several form of public transportation served the enclave as well such as Ktm Danga City Mall Railway Station and J.B Sentral Taxi & Bus Terminal all of which are within 10-minute driving distances.

Century Garden is one of the older developments within the vicinity of Johor Bahru, as such most of the properties within the enclave are aged with visible signs of wearing. That being said however, most properties are well maintained and are in good condition, most needing just a new coat of paint to give it a refreshing new look.Properties here are ideal for investment especially in terms of generating revenue from rentals. This is largely due to the fact that there are many who are working in Singapore and wishes to stay in Johor Bahru due to its close proximity and ease of traveling. As such, it serves as a good population catchment, increasing the source of tenants.
我们正在努力中。敬请期待我们将为您献上最全面的物业评论! 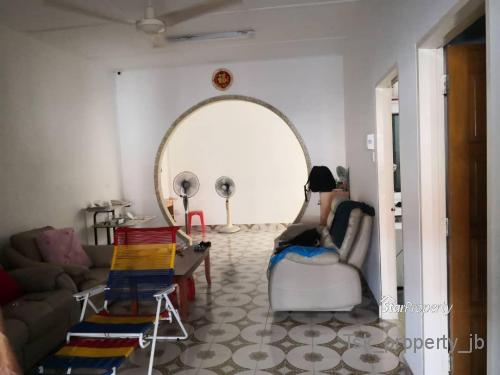